For those of us in the center of the universe, the New York City MTA has finally unveiled support for contactless payments.

Given the sheer scale of the MTA’s infrastructure and the number of customers it serves, there are a number of learnings to be had from how the MTA is releasing OMNY to the general public.

Similar to how the MTA overhauled its payment system from 1992 to 2003 as it migrated from tokens to magnetic stripe cards, OMNY is expected to be implemented in phases and not complete until 2023. 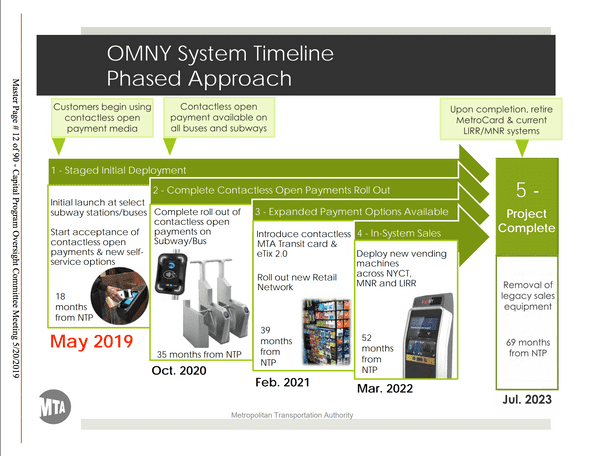 This makes sense as retooling the entire system and enabling it all at once would be prime for disaster.

Witness the embarrassment Chicago suffered when it took this very approach with the launch of its contactless payment system, Ventra. A computer issue knocked a considerable number of card readers offline and roughly one million rides were given away during the first weeks after launch.

Furthermore, Chicago failed to adequately prepare its citizens for the update:

Thousands of Chicago Card customers did not receive Ventra cards in the mail, and many of those who did either didn’t receive activation instructions via email or they misplaced the emails in the long span between receiving the emails and their Ventra cards.

Myriad other problems followed, including customers being double-charged for rides using Ventra cards; deposits to Ventra accounts failing to be properly credited; and Ventra card readers deducting fares from other contactless cards in riders’ wallets or purses.

Thankfully, the MTA has been able to learn from Chicago’s mistakes and is rolling OMNY out much like you’d expect enterprise software to be released:

It is also interesting to see what risks the MTA has called out surrounding the OMNY release: 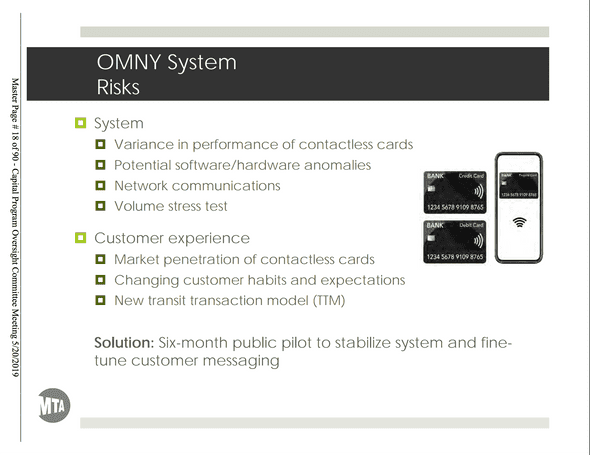 Beyond addressing out salient technical issues, many kudos to the MTA for having a bullet point dedicated to “Customer experience” and that they are actively working to address something as difficult as “Changing customer habits and expectations”.

Here are a few other UX considerations the MTA should consider while it continues to release OMNY:

Just as the magnetic stripe cards put an end to token sucking, how will contactless payments impact fare evasion?

Riders with unlimited weekly/monthly passes have been encouraged to “swipe it forward” for low-income residents when exiting the station - will this practice continue?

Lastly: as the magnetic stripe cards are phased out, we will also loose out on hustling for vanity cards: 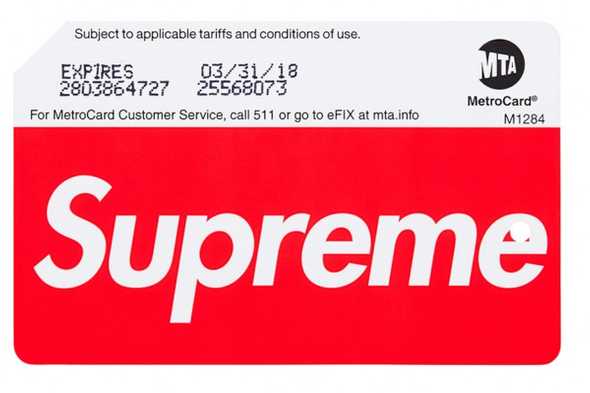 There is no way to flex with contactless payments…

← 20 Years of Product Management in 25 MinutesOwn Your Mistakes →